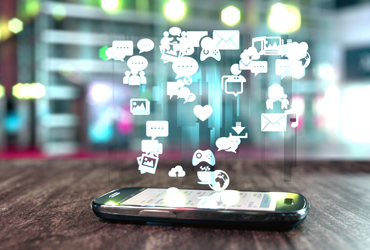 XAMARIN - Xamarin provides commercial software development tools that allow a user to develop applications for Android, iOS, and Windows using C# language and the .NET framework. Xamarin is built on the .NET Framework. It allows one to create apps that easily run across multiple platforms. In this tutorial, we will explain how you can use Xamarin to deliver native iOS, Android, and Windows Apps.

REACT - React is used for handling the view layer for web and mobile apps. ReactJS allows us to create reusable UI components. It is currently one of the most popular JavaScript libraries and has a strong foundation and large community behind it.

FIREBASE - Firebase is a backend platform for building Web, Android, and IOS applications. It offers real-time database, different APIs, multiple authentication types and hosting platform. This is an introductory tutorial, which covers the basics of the Firebase platform and explains how to deal with its various components and sub-components.

PhoneGap - PhoneGap is a software development framework by Adobe System, which is used to develop mobile applications. To develop apps using PhoneGap, the developer does not require to have knowledge of mobile programming language but only web-development languages like HTML, CSS, and JScript. PhoneGap produces apps for all popular mobile OS platforms such as iOS, Android, BlackBerry, and Windows Mobile OS etc